Kamal (Abdalla El Akal) is a 9 year old Arab boy who lives in Jerusalem. His family is poor,
and so everyday he goes to the Old City and tries to sell postcards. His attempts are thwarted
by bullies, and he is constantly discouraged by his strict grandfather, making him
extremely desperate for money. David (Yoni Rosenzweig) is a 9 year old Jewish boy who
lives in America with his divorced mother. He is in Jerusalem to visit his father, whom
he hasn’t seen in years. One day, in the Old City Kamal steals David’s pouch, resulting in
a chase in which Kamal escapes. Rooftop chases, secret passageways, and police cars and
soldiers bring action to David and Kamal’s adventure of a lifetime.
Together, they must learn the true meanings of friendship, trust, and sacrifice
in order to conquer whatever awaits them around the next corner. 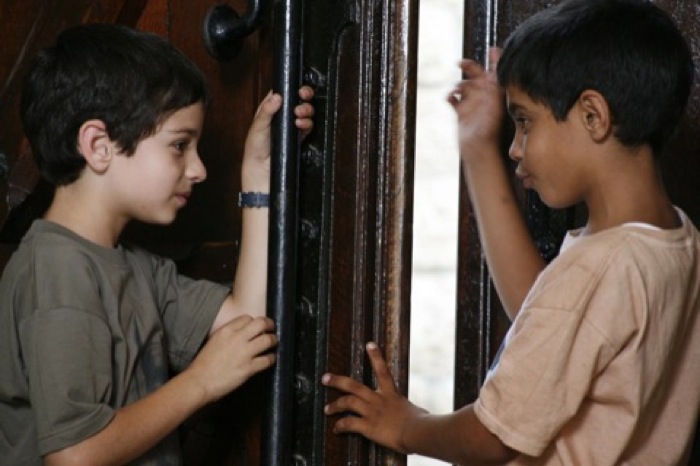