Cinema Is An Expression Of Life.

The magic of film has allowed me to experience many of life’s sensations at their most intense levels.

Exodus, the powerful telling of the founding of the State of Israel, greatly moved me

with its dynamic imagery and inspirational soundtrack. Lawrence of Arabia, the story of

an unfulfilled military officer longing to make a difference in the world, awed me

with its personal story told against the backdrop of sweeping, panoramic cinematography.

The Great Escape, about men of valor attempting the impossible, thrilled me

with its breathtaking action that kept surpassing the expectations of the viewer.

Indeed, I mark the various stages of my life with these and other movies.

That is because cinema does not just serve to entertain; it also inspires dreams.

I am grateful to cinema for all it has given me and inspired me to dream.

As such,  I am determined to give back to it. I, too, seek to entertain, provide excitement,

and further the cultural impact of film. Through the movies I make,

I, too, wish to inspire people to dream. I will devote the rest of my life to doing so. 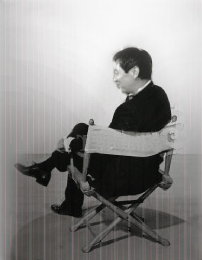